Why Deer Farming? Why not!

Farming deer can be a successful and profitable branch of any sheep or cattle farm, it does not necessarily have to be a commercial enterprise on its own, although there is no reason why it can’t be. There are deer farms currently in Australia where sheep and deer graze side by side with no problems.

Deer are an incredibly intelligent and beautiful animal, so different from mainstream stock yet so easily adapted to the mainstream farming systems.

Profitability on commercial deer farms has markedly increased since prices in the velvet and venison markets have stabilized.

The most common products deer are farmed for in Australia are:
Deer Velvet Antler
Venison
Hunting (only in states where legal)

In Australia the 3 main breeds of deer used for farming are:

Fallow deer are also a dual purpose animal, but for different reasons:

The farming of Canadian Elk, also known as Wapiti, in Australia is not very common. They are the largest of deer species used for venison and velvet antler production but can be tricky to look after as they are susceptible to worms and copper deficiency.

Elk are a great terminal sire to be used over large red hinds for the purpose of meat production – producing optimal carcass sizes earlier.

Currrently there is a very limited number of Sika in Australia, all on farms

Most Rusa deer farms were located in QLD.
Generally Rusa were only farmed for meat – they are small in the front but very meaty in the hindquarter.
Rusa are easier handled in larger mobs, especially in yards.
In the past, Rusa have not been farmed for velveting purposes.

Other Deer Species in Australia

These species are all mostly wild.

Velvet antler is the name given to the developing antler of deer. Each year in spring the stags naturally cast last years hard, calcified antlers to grow a new set. At approximately 55-65 days of growth, the developing antler (velvet) is ready to be harvested.
If left on the stags, it will grow and calcify into hard bone with sharp, pointy tips which is used in the rut to fight other stags.
On farms, the velvet is harvested under strictly controlled regulations with animal welfare of the utmost importance. You must be registered with the NVAS (National Velvet Accreditation Scheme) to be able to harvest velvet.
Stags are injected with aneasthetic (same as used by dentists) at the base of the antlers before harvest to ensure that absolutely no pain is felt. Once antlers are removed, stags wander back to paddocks and continue grazing.
Velvet is a food product and thus must be treated as such—once velvet weight / grade and animal ID is recorded, it is immediately transferred to the freezer.
The actual medical benefit is the inside of the velvet antler, not the velvety outer skin as commonly believed.

The international velvet market has historically been quite volatile, reaching over $230/kg 30 years ago to just $30/kg about 12 years ago.

New Zealand being one of the biggest producers of velvet has since put steps in place to eliminate the roller coaster prices and prices have now stabilized.

What is Velvet used for?

Deer Velvet has been prized by the Chinese for its powerful health-promoting properties for over 2000 years. Western, as well as Asian scientists world wide are now starting to prove some of those ancient beliefs to be true.

Deer Velvet is said to:

Leaving velvet to calcify into hard antler is not recommended and strongly discouraged on deer farms as they can be lethal to us and other stock, especially during the rut (the breeding season). 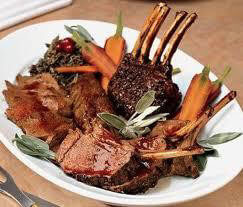 Deer need HIGH fences (netting) – This is a real bonus if also needing to keep kangaroos OUT!

View this article in pdf format or download the powerpoint show below: